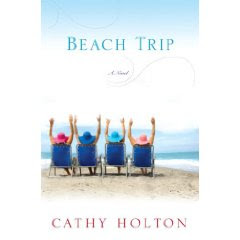 After 23 years of little contact, four former college roommates reunite for a week-long tropical getaway on a small island off the coast of North Carolina.  Mel, Lola, Annie and Sara were so much a part of each others lives while attending Bedford University in the early 80's.  Mel and Sara's friendship went even further back to their elementary school days.  They knew each other the way sisters know sisters.   Their home lives were very different but that only deepened their understanding of each other even though they didn't always see eye to eye. Mel was the outgoing one and Sara could see through Mel's shenanigans.
Mel came from a very wealthy family with a controlling, bullying father and a mother who was completely intimidated by her husband. Adding to the dysfunction was Mel's older, drug addicted step-brother, Junior.  Sara always liked visiting Mel's house to escape the rules that were expected to be followed at her family home.  Mel on the other hand, was so infatuated with Sara's family, especially her mother, who Mel was completely enamored with.  She loved the order and obvious care that Sara's mom put into everything she did.
Annie was always the reliable one.  She always did 'the right thing' and she knew what was expected of her.  But in her senior year of college, Annie had a secret that she shared with no one.  That secret defined her life and it wasn't until this trip that she began to appreciate the choices and life she'd made.
Lola was always the dreamer of the group. Being the daughter of the former governor of Alabama, there were certain expectations put on her.  Her domineering mother had more of a say as to what Lola's life would become than anyone.
Now in their forty's, each of these women have their own reasons for feeling apprehensive about this beach trip.  Mel and Sara's friendship had suffered since their sophomore year of college when they met  J.T. Radford at a party.  Sara was instantly attracted to him, but being the shy one, she watched as Mel swooped in and with her beauty and outgoing personality stole his heart before Sara even had a chance.  Sara, more than anyone, knew that Mel would eventually break his heart but she kept her feelings for him buried.
Annie didn't know what to expect from this trip, but with her two sons now in college, she was feeling a bit out of sorts and being with the other girls from her college days was bound to bring up old memories and feelings that she has tried to put behind her. Was she ready for this trip? Or would she regret it?
Lola was the hostess for this reunion.  The beach house they would stay in belonged to her husband, Briggs, her boyfriend from college.  The marriage was more of a deal her mother made rather than a union of love and respect.  Lola tried once right before college graduation to get out of the marriage, but that met with terrible consequences that Lola was still living with.  And one of the other girls had played a big part in it as well.  She was still the dreamer, but behind her breezy, little girl manner, was a woman who longed for something she may never have.
BEACH TRIP by Cathy Holton is the perfect book for this summer.  Reading it made me want to pack a bag, hit the sand and be with my gal pals while drinking fruity, frozen concoctions. The binds of these friendships are flawlessly explored and secrets are revealed in a way that makes you say, I knew it! Cathy Holton doesn't show all her cards at once.  She does it beautifully, keeping the curiosity going while telling the stories of each of these unique women. 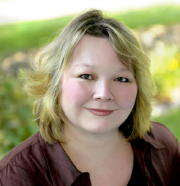 Most of the story takes place in 2005, the year of the reunion, with flashbacks to their college years, revealing important events that shape their lives. Each of the characters has a likable personality and
I found them easy to relate to.  Sara and Lola were my favorites - Sara for her devotion to her family and Lola for her vulnerability.
As someone who lives in the South and loves Southern Fiction, I appreciated Ms. Holton's style of writing.  This is her third novel published by Ballantine/Random House Books and I'll be checking out the other two as well. If you'd like to learn more about Cathy and her books, you can visit her website, cathyholton.com.  If you'd like to read an excerpt from BEACH TRIP, simply click here.
With summer knocking on our doors, kids being out of school and summer activities crowding our schedules,  having a book like BEACH TRIP to read is the perfect way to relax and enjoy the season.
I'd like to thank TLC Book Tours and Cathy Holton for including me in this blog tour for BEACH TRIP.   For a complete schedule of tour stops visit TLC Book Tours.
Posted by Lisa (Southern Girl Reads) at 12:13 AM